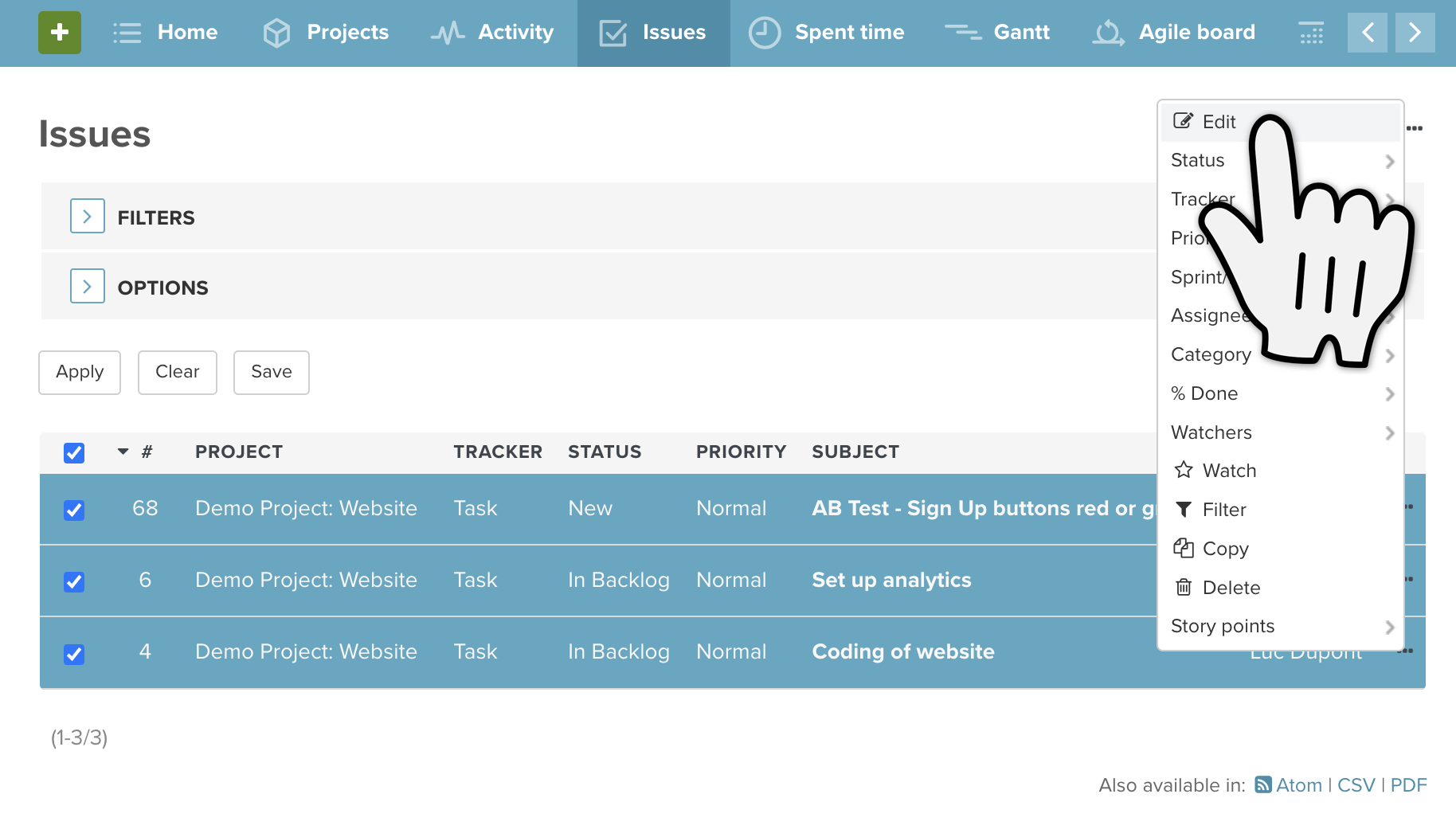 We have prepared a new guide to help you use Planio more efficiently. Using our bulk editing feature, in just a few clicks you can reassign a category, modify an assignee, change the due dates of multiple issues and much more!

Check out our step by step guide and learn all about making bulk changes to your issues and time entries here: https://plan.io/bulk-editing-issues/

Since many users have asked us how to set up and use custom fields in Planio, we have prepared a brand new guide to help you do just that!

Follow our step by step guide and learn how to create and use custom fields in your account here: https://plan.io/create-new-custom-fields/

We are proud to bring a new Planio update to our customers with usability, configuration and speed improvements in many key Planio functions.

Issues are one of our central features and have received a lot of updates. The most visible change is the issue history, which can now be viewed either as a unified history or as only Notes, Property Changes, and where applicable only Time Entries, Associated Revisions or Chat Logs. Using those new tabs you can now focus on only the parts of the Issue History that are important to you.

The editor for formatted texts also has been improved in several ways. A new toolbar button allows for quick and easy creation of tables and formatted texts can now be previewed in place. Quick and easy also best describes the new autocomplete helpers for issue numbers (just type # followed by an issue ID or some part of the title text) and for web pages (just type [[ and some part of the wiki page name or title).

Keeping in line with improvements to the usability of Issues are Default Queries. Administrators can now set a global Issue Query as a global Default Query, and project managers can choose a Default Query at a project level that can override the global Default Query. You can now configure which columns, filters, sort order and groupings are used by default in the Issues Tab for each project and globally!

While those are our favourite new features there are many more across the board. The project list for example can now be filtered. You can create new users by importing users from a CSV file. Groups can now be added as Watchers to Issues. You can now download all attachments from an Issue at once instead of downloading each Issue attachment individually.

Everyone who’s keeping an eye on Redmine development as well, will have noticed that many of the improvements in Redmine have either appeared on Planio first or have been integrated in Planio throughout the last couple of months already. Today’s update marks the “official” upgrade of the Planio code base to Redmine 4.2 though, meaning that Planio is now up to date with all the small and minor code changes and quirks of the latest Redmine release.

We hope these improvements will make using Planio more productive for everyone and would love to hear your feedback. If you have any questions regarding those new features or anything Planio related please get in touch. 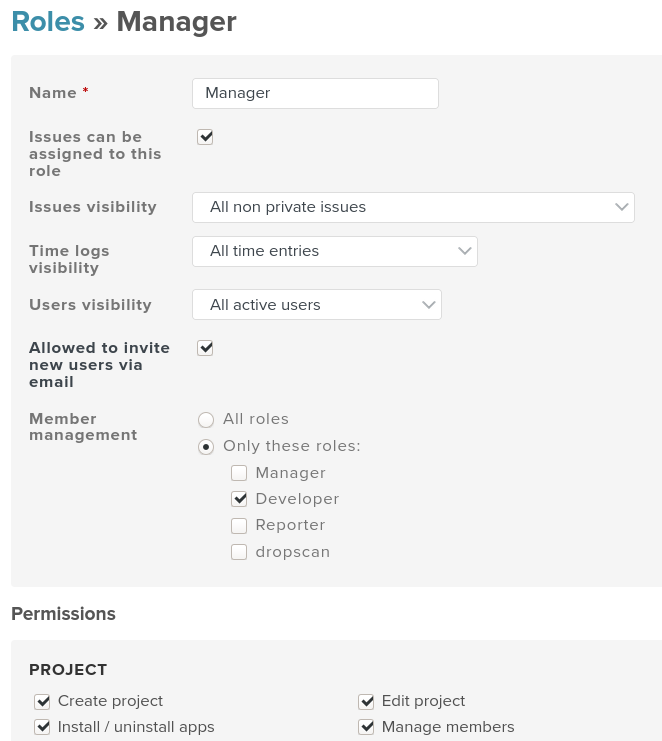 As an administrator of your Planio account, you can now allow non-admin users to invite new users to their projects via email. For example, you can allow project managers to add new members in order to streamline the onboarding of new users.

The whole feature is opt-in and must be enabled under Your Avatar → Administration → Settings in the Authentication tab, where you can choose who is Allowed to invite new users via email:

Once you have set the field Allowed to invite new users via email to Administrators and authorized project members, you will then need to give the relevant roles the permission Allowed to invite new users via email. Please be aware that, in order to be usable for this purpose, a role must have the Manage members permission, as well as User visibility set to All active users. You may create an additional role for this purpose, or modify an existing one accordingly.

If you created a new role, don't forget to assign it to the relevant users in those projects, where they should be allowed to add new users.

Adding new users to a project¶

With all things set, your project managers can now invite new users to their projects by going to the project's settings → Members . All they have to do is to enter the email address of the new user in the search field, and select the roles for the new project member.

New users created this way will have a random password set and receive an email with instructions for activating their account. 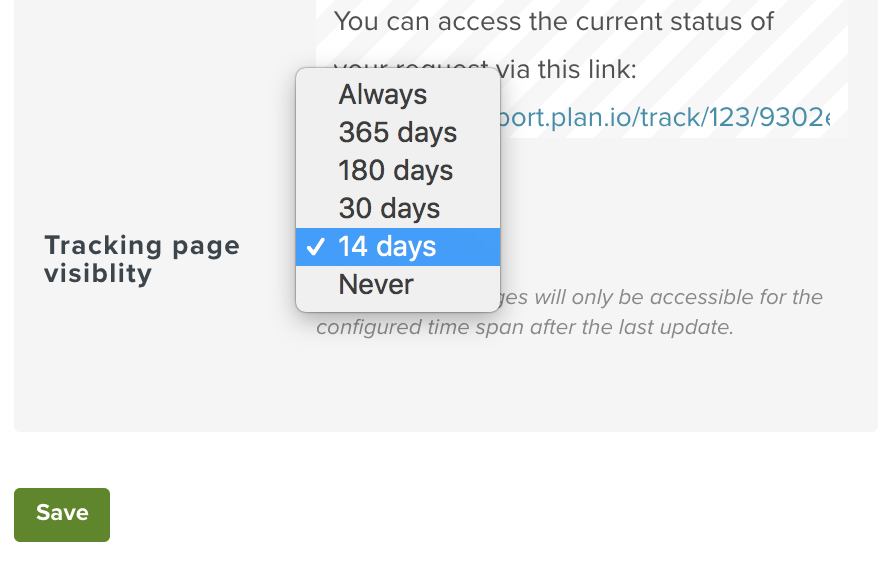 As you might already know, Planio Help Desk allows customers to view the past communication on an issue via a public tracking page. This page shows all previous communication with the customer which was either sent to or received by them.

Although each tracking page can only be accessed through its secure individual link, which is only known to the parties involved in this communication, some of our customers expressed the desire to disable the tracking pages entirely, or to turn them off after some time, i.e. once an issue was resolved or had gone inactive.

Whether you are handling really sensitive data, or just generally want to reduce the amount of information that's exposed externally, you can now fine-tune the tracking pages visibility on the project level. To do so, navigate to the Help Desk settings of your project, where under Update notifications and tracking pages, you can configure the number of days of inactivity after which tracking pages will expire and become inaccessible. Selecting Never will entirely disable all tracking pages for this project.

Please note that only external comments sent to the customer by a logged-in user will count as activity in the context of this feature. A mere change of issue attributes for internal reasons will not affect tracking page visibility. 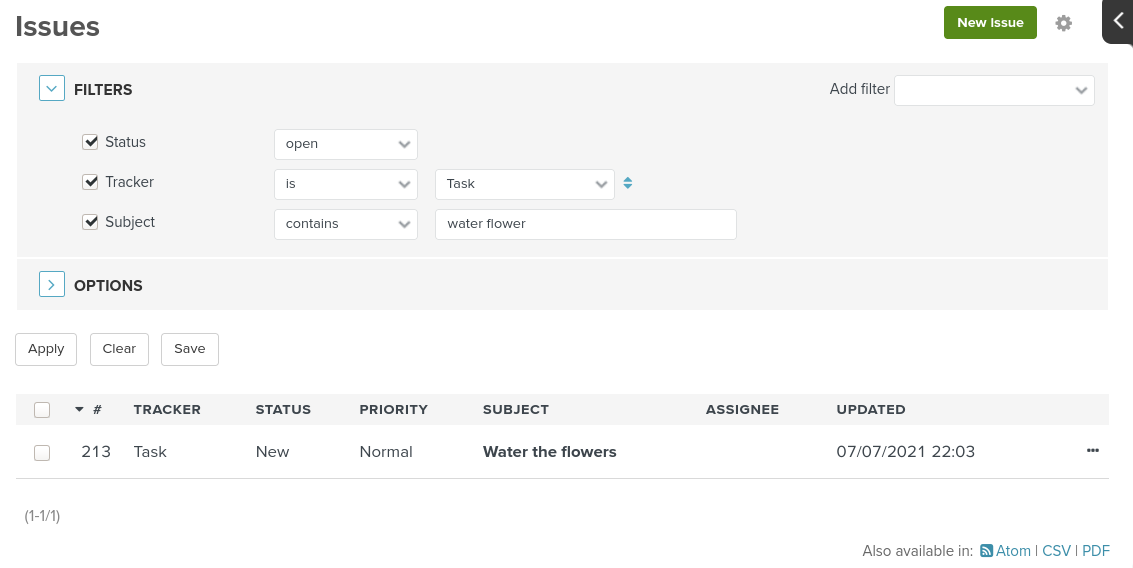